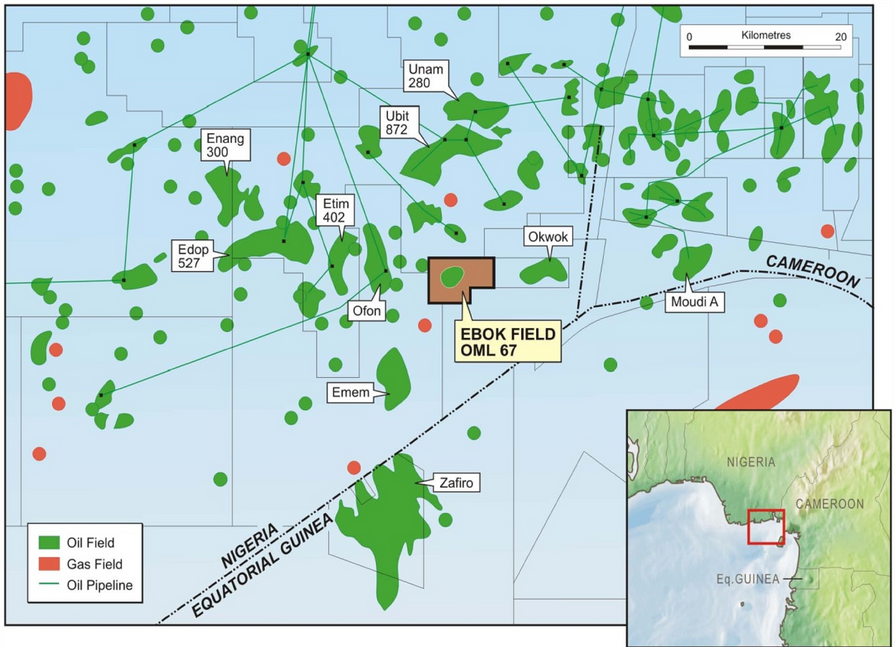 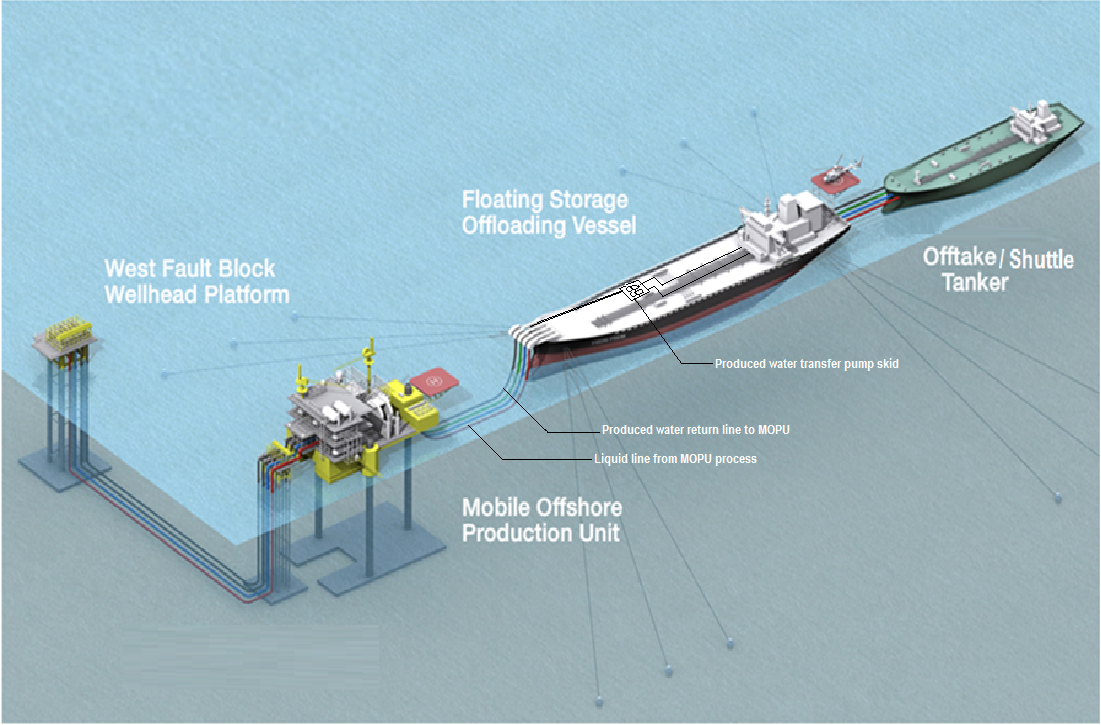 The Ebok Field (Ebok) was awarded to Oriental Energy Resources in May 2007 by the ExxonMobil / Nigerian National Petroleum Corporation (NNPC) Joint Venture. The farm-out was structured such that the field benefits from the Nigerian Marginal Field Fiscal and Tax Regime.

Ebok is located in OML 67,50 km offshore in 135 feet of water depth in Nigeria’s prolific south-eastern producing area. The field was discovered in 1968 by the exploratory well (Ebok-1); operated by the ExxonMobil/NNPC JV. Subsequently, 2 appraisal wells were drilled in 1970 (Ebok-2 and Ebok-3).

The Ebok Field (Ebok) was awarded to Oriental To date, 35 wells have been drilled (25 oil producers, 1 gas producer, 1 gas injector, and 8 water injectors).

Production at the Ebok field was 22,000 bopd at year end 2016. During 2017, Oriental Energy successfully drilled two additional production wells in the field, from the Central Fault Block (CFB) platform. In addition, a gas producer was drilled to provide gas for optimizing processes and production in the facility. During the third quarter of 2017 the field production averaged 22,300 bopd, and the field has surpassed 60 million barrels of cumulative production.